Skip to content
In what follows, second-year graduate student Monica Huerta describes the inauguration of the Mellon Mays Undergraduate Fellows Program at Berkeley. A Mellon Fellow herself, Huerta playfully profiles two undergraduate English majors, Cecilia Caballero (who also focuses on Chicano Studies) and Teresa Jimenez, who are part of the first cohort of Berkeley Fellows.

***
In Arts and Humanities Graduate Diversity Program Director Josephine Moreno’s words, there is “something very special” about the five students chosen to inaugurate the Mellon Mays Undergraduate Fellows (MMUF) Program at Berkeley. Founded in 1988 to address the shortage of faculty of color in higher education, the MMUF “targets students with exceptional academic promise and potential for careers that will contribute to diversity and equal opportunity in the academy. The program supports Fellows by providing guidance, role models and the environment and resources to strive for the highest academic goals.” We in the English Department are particularly proud to be represented by Cecila Caballero and Teresa Jiminez, two outstanding young scholars.

Becoming a Fellow is not easy. The application process is much like applying to graduate school and involves a statement of purpose, a lengthy writing sample and an interview in which each applicant is expected to articulate not just their scholarly contribution to their chosen field, but also how they envision their academic career in relation to Mellon’s mission of promoting diversity in universities. Before all of this, however, there occurs what Mellon Fellows refer to as “the talk:” a professor pulls you aside after class, or shifts in her seat during a routine office hours visit before asking, “Have you considered going to graduate school?” Glowing compliments about your “work” follow, and you are honored (surprised) that they consider your late-nights turned into essays and ideas turned into clumsy questions something called “work.” Often, “the talk” is the first time a student considers the professoriate a viable career option. In the cases of Cecilia and Teresa, we have Professors Genaro Padilla, Laura Pérez, Gautam Premnath, and José Saldivar to thank for nudging these powerful women in the direction of MMUF and the academy.

After chatting with these two English majors over coffee, I found that Cecilia and Theresa certainly proved Moreno exactly right: there is something very special and, I would add, very exciting about these young scholars. 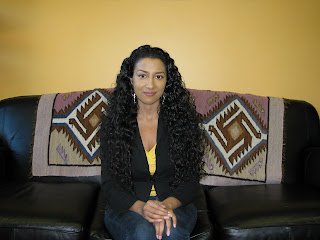 About CC: She is most likely reading several books at once. The day we met, she was in the middle of at least The Broken Spears: The Aztec Account of the Conquest, Carla Trujillo’s Living Chicana Theory, and Ana Castillo’s The Guardians.

Caballero began her career in reading obsessed with any written material she could get her hands on, including the backs of cereal boxes. She prioritized her education even as, in high school and through her time attending community college, she became the main source of income for her family. Her father had suffered a work-related accident that left him disabled; he could no longer perform his physically demanding jobs in agriculture and construction. She repeats his cautionary words, “Use your brains, not your hands,” and it’s clear her strength is her family.

Caballero hit the ground running as soon as she transferred to Berkeley. Her eyes shone with excitement describing the transition, especially in Professor Laura Pérez’s Chicana feminism class, where she discovered an interest in Chicana performance art to compliment her study of Chicano literature.

Caballero sees her work in comparatively analyzing forms of indigeneity in Chicano culture as fulfilling both intellectual and social concerns. She envisions her role in the academy as part of the larger movement toward continuing to broaden the parameters of “American” literature and culture. Through her career as a scholar, she hopes to use her intellectual work as an exemplar so that her students might nurture their own aspirations. For her work as a Mellon Fellow, Professor Genaro Padilla of the English department will serve as her mentor.

The only one of her four siblings and the first in her family to attend college, Caballero is already changing her community’s notion that Berkeley and schools like Berkeley are “for geniuses.” The reality is that higher education draws its strength from students as committed to their curiosity as Caballero.

Book that made CC first love reading: The House on Mango Street by Sandra Cisneros

Favorite Berkeley smell: incense (“…someone always seems to be burning it.”) 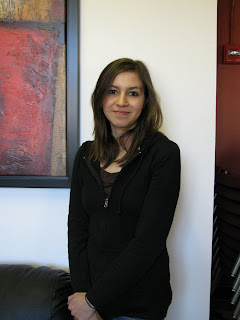 About TJ: When telling me why she worked after finishing high school before going to college, Jimenez stops to consider, “I just kept getting promoted,” and smiles. Even chatting with her briefly, it’s not hard to figure out why.

She affectionately calls her mother, whose family is from West Virginia and Pennsylvania, a “hippie Catholic,” to explain how it is her older brother and sister came to be born in Yugoslavia and Zambia, respectively. Her father preferred that she be born in Guadalajara, although she lived in Berkeley until she was eleven. Jimenez’s parents met as students at Laney College in Oakland, before they transferred to Cal to finish their undergraduate degrees. Jimenez would later move to Portland – where she attended high school – with her mother, who had by then converted to Buddhism.

Returning to Berkeley after high school, Jimenez worked in local restaurants, where promotions kept her busy and writing creatively kept her imagination fueled. Two years ago, Jimenez decided it was time to go back to school. “I knew from the get-go,” she says, “that I wanted to be an English major and that I wanted to go to school full time.” Her mother has an M.A. in education and her father completed his PhD in Berkeley’s Spanish department. Teaching, suffice to say, is in her blood. “I idolize teachers; I always have.”

She says of her aspirations for mentorship in the academy: “I want all my students to know that academia or writing are possibilities for them.” Jimenez is equally dedicated to her scholarship and to her creative writing and wants her students to feel authorized to explore all their writerly voices. Currently, Jimenez
envisions working with her mentor, Professor José Saldivar of the English department, on a project that compares W.E.B. DuBois’ idea of “double-consciousness” with Gloria Anzaldúa’s “mestiza.” Jimenez is also interested in exploring representations of alienation and solidarity in the work of Sandra Cisneros and Toni Morrison.