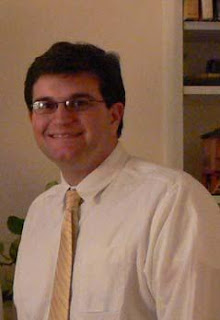 180L: Lyric Verse. Reading the semester’s course descriptions, she had been intrigued by the course’s claim that much of the semester would be spent “sorting out what the title of this course means.” When it went on to mention an exceedingly diverse list of poets — from Sappho to Dickinson, Marvell to Ashbery — along with a no less various catalogue of critical concepts — chaos theory, cognitive science, ecology — she wasn’t exactly sure what she was in for, but she knew it would be fascinating. The wide-ranging concerns of the course actually coincided with Sarah’s own academic orientations because, in addition to majoring in English, she is pre-med and tackles her science requirements with interest (if not always with total enthusiasm).

Sarah’s hunch about the course turned out to be accurate. As Professor Falci’s syllabus and lectures lived up to the course description and ranged widely across poets and critical texts, Sarah found new delights in and new insights into literature that she had never expected. One of her favorite parts of the course was re-reading Dickinson, since, she said, she hadn’t enjoyed her poetry very much when she had read it in high school for the first time. When Professor Falci assigned Virginia Jackson’s book Dickinson’s Misery along with the poetry, Sarah saw how one could read history back into the lyric form, which had seemed, at first glance, to be outside of time. Sarah’s interest in the argument that Jackson makes about the Dickinson’s fascicles — small, hand-tied volumes in which Dickinson bound her poetry — led her to write an essay on a Dickinson website which contextualizes the poetry with their manuscript versions.

Professor Falci noted that he took a lot of chances in putting his course together. Not only did he include a number of difficult and experimental poets on his syllabus, but he also challenged his students with works as opaque as Martin Heidegger’s “Poetically Man Dwells,” Giorgio Agamben’s “The End of the Poem,” and “The Rejection of Closure” by the department’s own Lyn Hejinian. Falci was delighted, however, by the chutzpah and motivation of his students as they wrestled with these difficult texts. For her part, Sarah said that she greatly liked the Agamben but wasn’t sure if she really understood the Heidegger. Reading essays like these together with works like Harryette Mullen’s Sleeping with the Dictionary showed her how much
fun it could be to watch people try and figure out how to make meaning out of theoretical or poetic opacity.

Sarah also said she enjoyed reading Marianne Moore’s poem “The Fish” along with the linguist Roman Jakobson’s famous essay “Two Aspects of Language and Two Types of Aphasic Disturbances,” which uses research into aphasia to present a theory of language on the basis of to two fundamental functions of metaphor and metonymy. To her surprise, her roommate was reading the same essay for an Anthropology course. The coincidence sparked some interesting conversations as the two compared their professors’ different uses of Jakobson’s theory. This cross-over with science — along with her own interest in medicine and chemistry — led Sarah to write her final paper on the prevalence of chemical metaphors in some of the poetry and theory she had read over the semester. She was particularly intrigued by T.S. Eliot’s metaphor of the catalyst in his essay “Tradition and the Individual Talent” and the imagery of “precipitates” that cultural theorist Theodor Adorno has used in his work. What is the bridge, she wondered, between science and literature that our current organization of knowledge obscures?

For that matter, as this blog has been wondering over the past few weeks, what is the bridge between literature and the “real world” that we sometimes forget to notice? After Professor Falci’s course, it seems as if Sarah is in prime position to give that question some very interesting, and perhaps unexpected, answers.

But we are also interested in your thoughts on the issue; feel free to leave a response!