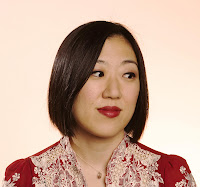 On April 1, the English Department will be having its second event in its new series, “Conversations with Distinguished Alumni/ae.” Professors Catherine Gallagher and Scott Saul will be talking with playwright Young Jean Lee, who received her BA, with highest honors, in 1996. Young Jean went on to spend six more years as a PhD student in the Department where she focused on Renaissance literature under the mentorship of Professor Stephen Booth, whose own acerbic wit and willingness to shock his own audiences into thought finds their echos in Young Jean’s work. After what she calls a “quarter-life crisis” in 2002, she decided to abandon academia to try her hand at writing, rather than studying, plays. She moved to New York, started her own theater company and, since then, has shocked, challenged and entertained audiences with plays that treat touchy contemporary issues like race and religion with unremitting self-awareness and unexpected humor.

Indeed, Young Jean even describes the philosophy behind her writing process with her tongue somewhat—or somewhere—in her cheek: “When starting a play, I ask myself, ‘What’s the last play in the world I would ever want to write?’ Then I force myself to write it.” Not only does this allow her to silence her inner critic so she can get something down on paper, but it has also led her to tackle issues that she might otherwise shy away from. This was particularly the case in her 2007 play Church, which consists of an evangelical Christian service (complete with sermon, praise dancing and a gospel choir) that sincerely attempts to convert people to Christianity. Having grown up resisting the religion her extremely evangelical Korean family pressed on her, Young Jean confessed that the play was “a nightmare and a challenge for me.” Church received rave reviews from audiences, however: Time Out New York went so far as to say that they “would happily worship in the house of Young Jean Lee.”

Young Jean tackled another delicate subject – Asian-American racial identity politics – with characteristic humor in Songs of the Dragons Flying to Heaven: A Show About White People in Love. The play follows a character named “Korean-American” as she navigates a cliché-rid 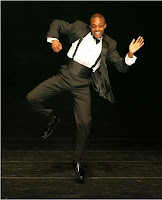 den “Korean” world until a white couple appear to take over the stage with the drama of their dysfunctional relationship. The play is rife with caustic moments – for instance, when one of the white characters announces, “You know what’s awesome? Being white” – but as the audience laughs and squirms in its seats, Young Jean Lee makes them confront the realities of racial bigotry head-on. Similarly, her searing treatment of racial identity politics in her latest play, The Shipment, tweaks, pulls and twists contemporary cultural stereotypes of black America, such as the black comedian, the thug rapper, and the African American class. The form of the play – perhaps her most eclectic yet – includes a song-and-dance number, a stand-up comedy routine, a surrealist sketch and a short naturalistic play.

Controversial? Certainly and deliberately so. But The New York Times, The New Yorker, New York Magazine, The Village Voice, Time Out New York, and other papers or journals have joined in their acclaim for what one review called “the jittery, jagged, body of work that resists pat definition.”

With her inexhaustible audacity, her fearless humor and her exceeding self-awareness, Young Jean promises to shock and delight both Professors Gallagher and Saul as well as those of us in her audience. Come to the Maude Fife Room at 5 PM on April 1. We’re confident that you won’t be disappointed, and we know you will not be bored!