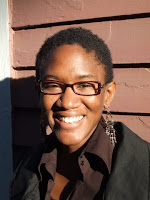 In what follows, Assistant Professor Nadia Ellis profiles graduate student GerShun Avilez, a PhD candidate in English at the Univeristy of Pennsylvania who has spent the last year at UC Berkeley participating in the Exchange Scholar Program. The program enables a graduate student enrolled in a doctoral program in one of the participating institutions to study at one of the other graduate schools for a limited period of time so as to take advantage of particular educational opportunities not available on the home campus.
***
Not long after the beginning of the semester last Fall, I got a lovely, if shy, email from GerShun Avilez, asking if we might meet up. I was a new professor in the Department and GerShun was a visiting graduate student, on the Exchange Program from his home institution at U Penn. I liked that we were two newbies to Berkeley, but we shared more than that in common. GerShun’s dissertation, which he completed while on his exchange this year at Berkeley, is about the relationship between literary history and aesthetics, a conjunction of abiding interest to me as well. Entitled “The Wake of Blackness: The Black Aesthetic and the Post-Black Arts Era,” GerShun’s dissertation re-examines the Black Arts Movement in light of contemporary African American literature and culture, filling in gaps in a genealogy of black American literature that might leap from, say, Ellison to Morrison without accounting for the period in between. The larger questions around literary history find concrete expression in GerShun’s interest in contemporary representations of space, sexuality, and concepts of whiteness and in how these resonate with, reflect upon, and contest earlier articulations in the Black Arts Movement. 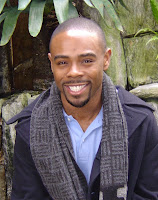 GerShun, who grew up in Arkansas and attending Hendrix College as an undergrad and Temple University for an MA, developed some of the questions for his project early on in coursework at Penn. A graduate seminar led by Prof. Herman Beavers on contemporary African American writing, he notes, “produced so many questions….How do we think about the contemporary moment? What language do we use to describe the contemporary?” Meanwhile, coursework with Prof. Thadious Davis—who eventually became his dissertation advisor—allowed him to develop theoretical positions that inform the project. The project reads work by Samuel Delany, (Cal’s own) Darieck Scott, Jane Cortez, Sherley Ann Williams, and Audre Lorde. Its critical influences include Hortense Spiller, Michael Warner, Houston Baker, Phillip Brian Harper, and Robert Reid-Pharr, whose preoccupations in Conjugal Union: The Body, the House, and the Black American connect particularly closely with GerShun’s own. And this has been a busy year for GerShun: in between applying for fellowships, testing the job market, and completing the diss, he published his first article, “Housing the Black Body: Value, Domestic Space, and Segregation Narratives,” which appears in the current issue of African American Review (42.1).

When we last met up, I asked GerShun what it has meant for his life and work to spend this academic year on exchange at Berkeley. He reflected on the ways in which moving from East Coast to West, from Philadelphia to San Francisco, necessitated a spatial re-orientation for himself which, coincidentally or not, was happening at the same time as he wrote a chapter about urbanity and dwelling. He had been ensconced in Philadelphia for six years—experiencing himself to be “part of the architecture of Penn;” chairing the Education Committee of the annual Philadelphia Black Gay Pride events—and now he needed to re-imagine his life in a city, and a university, that were new to him. Things have gone well. Apart from the productivity that often accompanies distance from the familiar, GerShun has found that the initiative he has had to take in negotiating a new institution and forging new connections is great training for the impending transition from graduate student to academic job candidate. Also, in San Francisco he has been able to foster the balance between activism and academia that he valued in Philadelphia—GerShun volunteers at the San Francisco LGBT Community Center.

When I asked if GerShun would recommend the exchange program to other graduate students, he enthusiastically responded yes. His year at Cal delving deep into his dissertation and reaching out into the unfamiliar seems to be going very well.