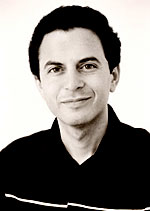 On July 3, the New York Times published “The Humanities in Decline? Not at Most Schools” by Scott Saul, the department’s Director of Undergraduate Studies. In his op-ed, Saul suggested that the doomsayers about the state of the humanities had missed the forest for the trees: while smaller private schools have seen some shrinkage in humanities enrollments, nationally the number of undergraduates drawn to the humanities has held remarkably steady for two decades. At Berkeley, he noted, the English major continues to thrive.

“I was inspired to write this op-ed because I felt that the conversation about the ‘state of the humanities’ was completely at odds with my experience of the Berkeley English department,” Saul told the blog. “Pundits were blaming the supposed decline in undergrad enrollments on the trendiness of English professors. But the truth is that our curriculum is intellectually substantive, and our numbers aren’t declining.”

In response to his op-ed, Saul received a good number of missives from alums of the department and from far-flung acquaintances. Below Saul talks about the contents of his mailbag and opens it for our perusal.

(If you have responses of your own to the op-ed, please share them in the comments section below.)

I’m sure that there was some sampling bias, but with two small exceptions — a short email accusing all English departments of political correctness, another lamenting the corporate takeover of the Berkeley campus — all the notes I received about my op-ed were positive. Most moving to me were the emails I received from former Cal English majors, who testified to how their experience of the major shaped their life.

From a graduate of the department in the 1960s:

My background as an English major continues to give me daily pleasure: I have recently reread Ulysses, all of Jane Austen, a good chunk of Henry James, and am now laughing and weeping over David Copperfield. But literature also gives me more than pleasure. It makes me fully human.

From a 1980 graduate of the department:

I just read your column and wanted to thank you for the encouraging news. I was one of those students, from more modest backgrounds, that you mentioned in your piece. I emigrated from Korea in the 1960s, attended public school in San Francisco, and, as the son of a blue-collar worker, was the first in my family to attend college. I graduated from Cal with an English degree in 1980, studied law at Boalt Hall, and am in my 30th year of practice as a trial lawyer, now specializing in International Arbitration.

Majoring in English was the best decision that I made in the course of my education. Not only because of the spiritually uplifting reading, the inspiring teaching by professors like Janet Adelman (Spenser, Chaucer, Shakespeare), Thomas Parkinson (Modern American Literature), and John Jordan (the Bible as Literature), but also because the arduous process of learning how to write and think clearly has served me well throughout my professional career.

I was raised Roman Catholic, but I learned more about my religion and spiritualism from Professor Adelman’s “Major British Writers” class than I ever did listening to my local parish priests. I can still hear her voice, reciting Chaucer in Middle English. When I told her I was applying to law school, she advised me that “the most important thing in business is the quality of your character.” Over the years, I have repeated that advice to my own children, younger colleagues and law students.

Above all, reading the canon and listening to the wonderful scholars who taught English at Berkeley helped me set a course for how one should live life — gave me the perspective to endure its hardships and appreciate its joys.

I also heard from a number of humanities partisans in the business world, who said that they appreciated the critical thinking skills honed in departments like English and history.

Here’s one letter from a manager who works in the finance department of a manufacturing company:

Somehow I have, over the years, moved from someone who is managed to one who manages. I find that my greatest frustration with manage-ees and, for that matter, peers, is not lack of skill or some other technical deficiency. Most of the people with whom I work are at least competent in the nuts-and-bolts aspects of their jobs. Where they fall down is in any situation requiring some sliver of critical thinking, or curiosity, as to the how and why of what they are doing. That is — the very skills that are developed in a humanities education.

In addition to being a manager, I am now the sort of person who attends family functions and gives advice. I’m pretty sure that most of it is unbidden and often given to that one niece or nephew who is just too polite to get up and walk away. Nearly all of these young ones are pursuing undergraduate business degrees. This is well and good, given the economic environment, but most of them could easily pursue a second major in the humanities. (Most of them are at a state school where business students are required to have a minor outside the B-school.)

The spiel I give to each of them is this: their degree in finance, or marketing, or accounting, will help land them a job. But a degree in English, History and the like will enable them to do that job well.