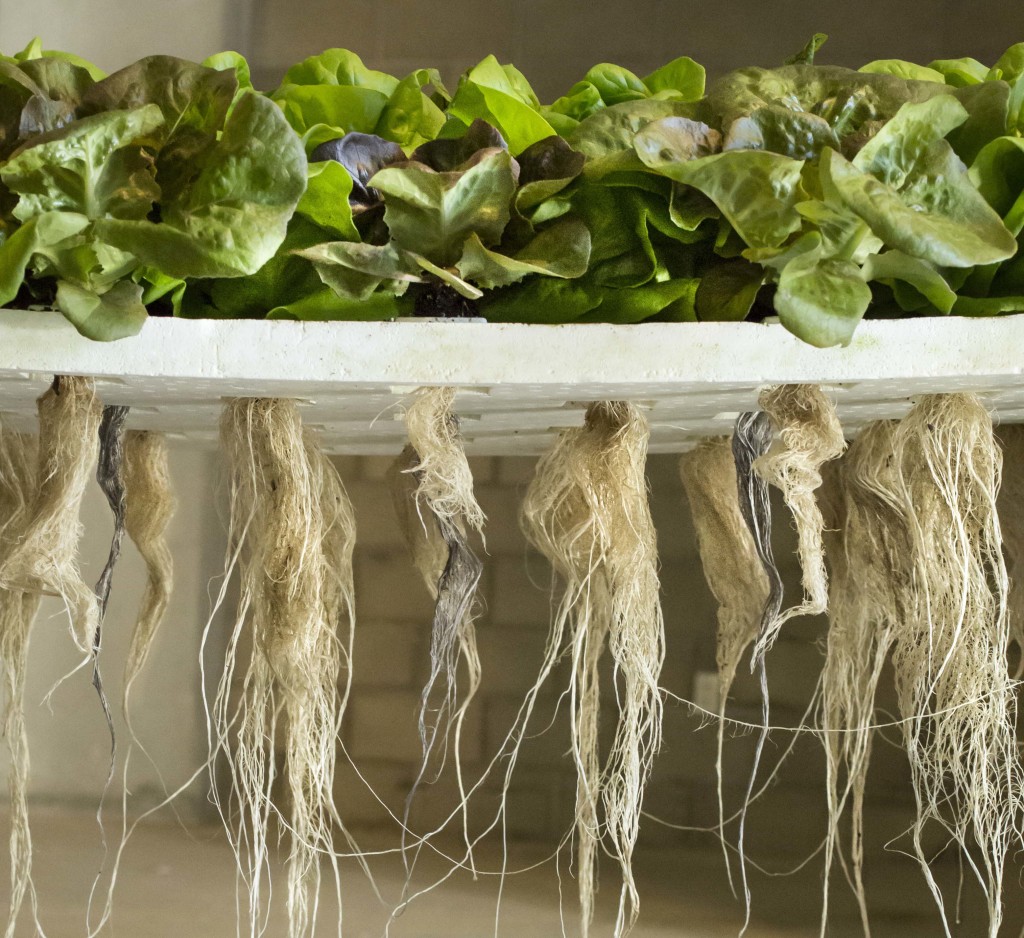 Karen Leibowitz was a graduate student in the department from 2001 to 2008 and returned as a post-doctoral fellow during the 2010-2011 school year. She is now a food writer who has published in The New York Times, Food & Wine, Lucky Peach, and Modern Farmer as well as a partner in restaurants including Mission Chinese Food and Commonwealth in San Francisco and Mission Cantina in New York City.

It’s been six years since I turned in my dissertation in Sproul Hall, and I’ve never written this much in my life. I’m finishing up a book with the first female chef in America to earn two Michelin stars, while working to open and promote a new restaurant called The Perennial that will be a testing-ground for environmental stewardship in the food industry. I can’t say that a Ph.D. in English is the best preparation for a restaurateur, but it’s been surprisingly helpful as I navigate the world of food journalism as both an author and a subject.

This month in particular, I’ve been working to spread the word about an aquaponic greenhouse that we’re crowd-funding on kickstarter, and I’ve found myself writing articles, giving interviews, speaking at a museum, schmoozing at preview events, and even participating in a “literary deathmatch.” In all of these activities, I’ve drawn on my years as a teacher at Berkeley, trying to engage students of widely varied interests and backgrounds. My training in literature has made me sensitive to a certain kind of culinary stylistics that has helped me to carve out my own niche as a writer, and of course I’m still doing a ton of research, though these days, my research could be a trip to a farm or dinner at a new restaurant.

So what happened to turn a book nerd into a food nerd?

In my final semester of graduate school, as I finished my dissertation on 19th-century British novels, my husband floated the idea of renting the taco truck that used to park around the corner from our apartment in San Francisco. We’d rent it once a week and serve our own version of tacos, like the “PB&J”—pork belly and jicama on homemade flatbreads. We called our business Mission Street Food, and a friend tipped off the local food press without our knowledge. On the first night, I rushed home down the hill from Wheeler to the BART and ran the three blocks from the 24th St/Mission station to the taco truck, but there was already a line of customers waiting. Later that night, after we’d run out of flatbreads and started serving sandwiches on bread from the market across the street, my husband and I came home and started a blog, so that we could communicate directly with our customers.

The taco truck quickly evolved into a pop-up restaurant, but writing continued to be a surprisingly important part of the business. For the first few years, I juggled both restaurant work and academia, switching gears between my two personae. (Once, when I was cleaning something up, I heard one customer say to another, “she’s either a mom or a teacher in her regular life.”) During the 2009-2010 school year, I was a visiting assistant professor at Kenyon College, but I still wrote for the blog and consulted with my husband on our high-concept menus, which changed twice a week. I was proud of the fact that the restaurant gives a significant chunk of its profits to hunger-related charities, and I wrote on the blog to highlight the work of food pantries and soup kitchens around the Bay Area.

It was often difficult, though, to live in both worlds. When I was a finalist for a tenure-track job as an English professor, a well-meaning friend who was already teaching at the college told the search committee about all my work with Mission Street Food, and I think it destroyed my chances at the tenure track job. Later, the chair told me that the committee worried that I would not be as productive as a “pure” academic.

The following year, I returned to Berkeley as a post-doctoral fellow and taught junior seminars in the English department, which was a real pleasure. I continued to apply for academic jobs, but I also started writing about food on the side. My husband and I co-wrote a book called Mission Street Food, which won accolades like “New York Times Notable Cookbook,” and I began writing for magazines like Food & Wine and Lucky Peach. At that point, I decided to cast my lot with food writing. I enjoyed the “research,” preferred the quicker turn-around from editors, and loved making silly jokes and seeing them in print. Of course, there are things that I miss about the academic life, like leading a class discussion, but I’ve gotten my fix here and there by giving talks or participating in panel discussions at food conferences. And in addition to food writing, I’m still working on restaurants with my husband, so I haven’t forsaken my dual identity. We are now partners in five restaurants: Mission Chinese Food (SF and NYC), Commonwealth (SF), Mission Cantina (NYC), and Lt. Waffle (SF).

This year, we’re working on The Perennial, which should open in San Francisco in February. The developers of a new high-rise apartment building downtown asked us to create a restaurant concept for the street-level space, and we decided to make it a proving ground for environmentally sustainable practices in the restaurant business. We’ve also just launched a non-profit, Zero Foodprint, which helps restaurants lower and offset their carbon footprint, so The Perennial will allow us to put our money where are mouths are.

It’s an ambitious project, and our initial announcement has attracted some great press, including a front-page article in the San Francisco Chronicle. We’re partnering with environmental activists like The Land Institute in Kansas and The Carbon Cycle Institute in Marin County, but our first big project on our own is building an aquaponic greenhouse, where we will raise fish and plants in a symbiotic system that uses one-tenth the water of traditional soil-based agriculture. We’ll create a closed-loop permacultural system in which scraps from the restaurant’s kitchen will be transformed into fish food and eventually into ingredients that we can serve again at the restaurant.

As part of a community-engagement strategy, we’re raising funds for the greenhouse on kickstarter, and I would love to see my former classmates and professors as Berkeley among those backing the project. Basically, you can pledge money to the greenhouse now and reap the same amount as a gift certificate when it opens in a few months. The idea is to spread the word about the environmental benefits of aquaponics (90% less water! Up to 8 times more productive! Naturally organic! No soil erosion) while at the same time encouraging future customers to check out the restaurant. The campaign ends Friday November 21, and we need to reach our goal to be funded at all.

Occasionally, I reflect on how much my life has changed from the day that we launched our taco truck, but in my transition from grad student to writer-restaurateur, I’m still just a few miles away, and I still see plenty of my old Berkeley friends. I hope to see some of you soon at The Perennial.

Tags:AlumniGradWhere Can English Take Me?