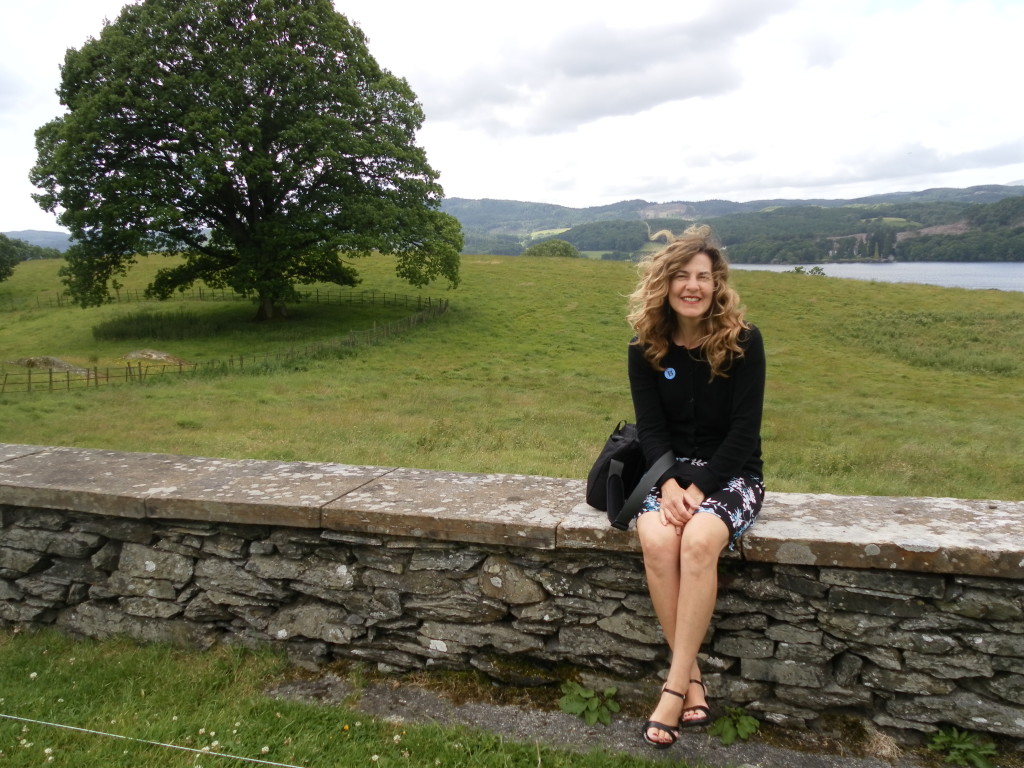 Anne earned her Ph.D. from Berkeley in 1993, taught for three years at the University of Colorado as an Assistant Professor, and then came home to the Bay Area after joining the faculty at Sonoma State. She has published books on contemporary American women’s autobiography and on 19th and 20th-century American regionalisms, as well as co-edited a volume on Californiana writer María Amparo Ruiz de Burton. Currently she is revising “After Life,” a novel whose parallel narrators span two thousand years of art history, and is at work on the third of four essays on the elements (the first two, “Ode to Energy” and “Souvenirs of Stone,” appeared in the Southwest Review). Her most recent piece, “Travels with Jane Eyre,” was published in the Georgia Review this quarter. Other essays published as part of a book-in-progress on 20th-century Jewish achievement include studies of the music of George Gershwin, the painting of Marc Chagall and Mark Rothko, and the novels of Saul Bellow. Her reflection on Richard Feynman, Robert Oppenheimer, and Albert Einstein was her first published piece of creative nonfiction. Nominated for a National Magazine Award, “Stargazing in the Atomic Age” appeared in the Georgia Review in 2006 and was listed as a “notable” essay in Best American Essays 2007. You can find more of Anne’s work on her website: annegoldmanwriter.com.

Read Anne Goldman’s “Stargazing in the Atomic Age” here. Below is Goldman’s account of how the essay came about.

Like most English professors, I was a poet first. I have not kept any of my initial literary exercises and cannot remember more than a phrase or two from these effusions. Amnesia’s probably best in this case, as it leaves me with no evidence to undermine recollection of my early confidence. I have worked on a computer since the early Nineties and often rewrite sentences before giving them a chance to unfold properly. Sometimes all I can do is watch while the cursor inches forward and retreats in double-time, blinking in seeming apology as it erases my efforts of mind. In the early days, however, my hand moved easily across the page as I strung words on paper ruled with sky-colored lines.

One of my primary-school compositions was what I would learn to call an ars poetica in graduate school. I think, but am not quite sure, that I likened searching for words to squeezing garlic from a press. But the majority of my poems were about stars. I was as bold as Icarus then, and did not so much crane my neck to take in constellations as fly perilously close to planets and suns, coached by an encyclopedia of Greek myths and the brilliant creature rearing above Mobil stations. Sometimes when my father drove through the night to ferry us from Boston to Sturgeon Bay, Wisconsin, I would sense brightness under my eyelids and wake to find myself awash in the colored light of one of those strange way stations. The thud the car door made as it closed rocked the four of us Goldman children toward sleep, but as we withdrew from the oasis of light I saw that scarlet Pegasus lift up and recede into the sky’s blackness.

The day I received a letter welcoming me into the PhD program in English at Berkeley I recovered that buoyance. I was living in an apartment on Haste Street and remember walking up Bancroft toward College Avenue with a new sense of proprietorship, telling myself that I was now a Berkeley student. When I set to work in Wheeler I did not know Derrida from Dada. But I was unfazed, at home in the vibrant, contentious, invigorating atmosphere of the English Department as I had been at the family dinner table at which two adults and four children conducted three conversations simultaneously, arguing in each. My I wrote “Stargazing in the Atomic Age” long after I finished my doctorate; but strangely enough, conjuring that group of Jewish physicists who worked long hours at Los Alamos in wartime returned me to my birthright and to Berkeley.