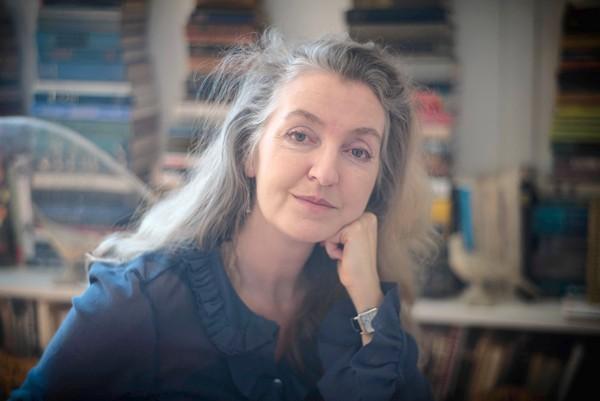 In Spring 2014, Rebecca Solnit taught a course in prose nonfiction at Berkeley. Below is her account of some of the joys and difficulties encountered in teaching the course.

There were so many thrills. Since 1989 I’ve taught in writing, environmental studies, art, photography (ideas seminars, not making photographs), and journalism programs, but never exactly an English department. The first was exhilaration at just being in an English department, and nearly every time someone told me what they were teaching I wanted to take the class, to go live in 18th century English literature or talk about American poetry for a while

The second was when I realized that my students were the hardest-working smartest bunch I’d ever been given to work with, and my heart broke a little at all the great applicants I had to turn away. The joys kept coming as students turned in superb and surprising and often hilarious essays, showing up at pretty much every office hour to talk about writing and careers and lives.

And they wrote. You teach to learn, and I learned something completely startling about losing at sports, quite a lot about Disney princesses, about double vision, insomnia, Palestine, Love Canal, waitressing, and so much more, from the dozens of essays in multiple drafts they’d produced by the end of the semester, as well as about the possible uses of lists, manifestos, and other forms we tried out. We tested theories of mine, and some held up and some got hacked to pieces.

The class was itself a celebration of nonfiction, a term I’ve sometimes hated. It defines my field as being merely not fiction and suggests that fiction is, maybe, to nonfiction, as white is to nonwhite, definitive and by implication more central or important. When I was younger, nonfiction wasn’t even considered to be literary, which worked to my advantage: I went to the Graduate School of Journalism at UC Berkeley instead of an MFA program, and learned some skills and principles that might not have come from anywhere else. Since then nonfiction has risen in standing, but sometimes by becoming more narrowly defined as the personal essay and the memoir (and there is nothing more terrifying than a roomful of 24-year-olds all writing their memoirs; I’ve been in that room in a nameless MFA program far away).

I wanted to make nonfiction big and heterogenous again and to give the students every possible means of approaching a subject and arranging the information and their relationships to it. If nonfiction is nearly everything that isn’t fiction, it includes all sorts of genres and forms that are seldom examined: encyclopedia and dictionary entries, lists, manifestos, bestiaries, letters, confessions, and of course journalism—the old forms and the vernacular and practical uses of written matter. I wanted the students to have all the tools at hand, to see how wide-open the possibilities were. They looked at me blankly when I shared some of my enthusiasms with them and grabbed and ran with others.

You never know what will be new to an undergraduate. I shared Annie Dillard’s great essay “An Expedition to the Pole” to talk about the ways you can talk about one thing to talk about another and juxtapose without blending elements of a narrative. Some light went on for Michelle Robertson, and the next week she handed in one of the most beautiful braided-narrative essays I’ve ever seen from anyone, recounting in spare, clear prose something of her relationship with her naturalist father, the newts he took her to see again and again over the years , and her recovery from anorexia. Speaking of thrills. She found in the newts analogies and metaphors for resurrection without in the least distorting their biological realities, and she showed an astonishing generosity toward her father as well. The literary-environmental magazine Orion will publish that essay soon. In Spring 2014, Truthout published Ariel Zepeda’s essay about a rape in his campus community and his conundrum about what to do about it. It’s a stern piece that let me talk to the students about moral beauty and one that a friend in Title IX enforcement at another campus thought was a tremendously important piece, a voice we haven’t heard before about how social pressure makes some rapes go unnamed as well as unreported.

These students had voices; it was exhilarating to listen to them and to help them figure out what they wanted to do with them, who in the pantheon might help them, how to make them stronger. They wrote; I wrote back editorial letters; we talked. I learned a lot. What they learned I’ll never quite know; teaching is always partly an act of faith and a mystery.