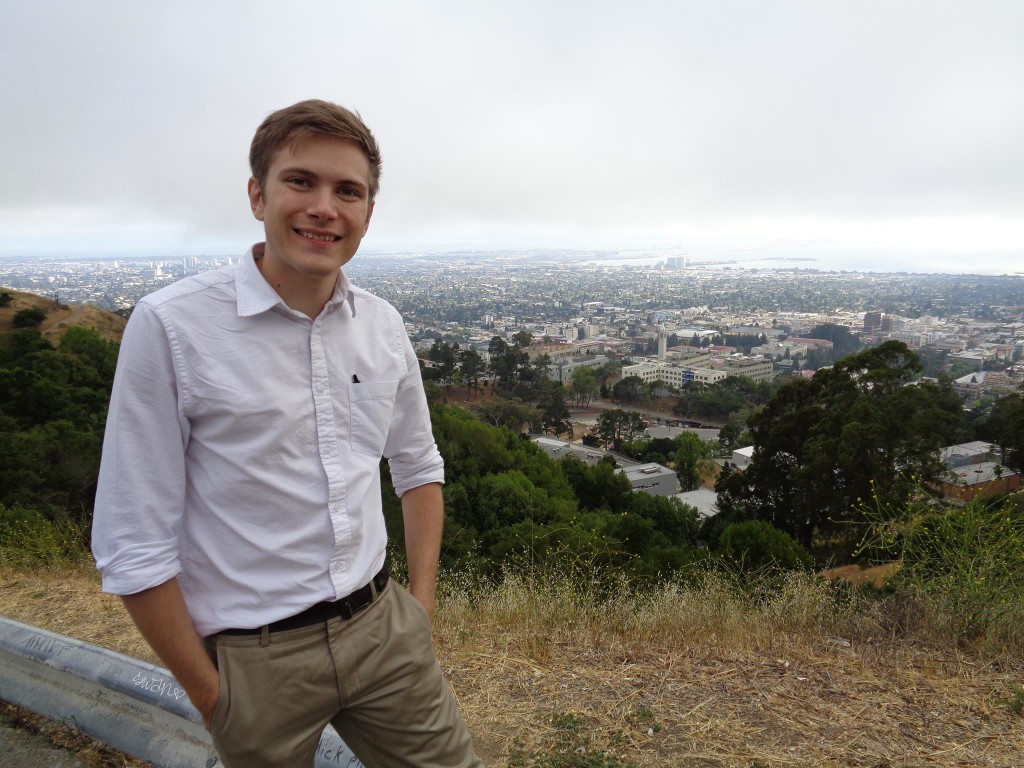 Samuel Diener is a senior finishing an Honors thesis this year on the General History of the Pyrates and the early seafaring novels of Daniel Defoe. He will go on to a Ph.D. program in English at Harvard this fall, where he hopes to continue to study the novel, the eighteenth century, and voyage narratives in Spanish, Portuguese, and English. He was recently awarded the Charlene Conrad Liebau Library Prize for undergraduate research.

About a month ago, I ran into a friend on a street corner and she introduced me to her companion: “This is Samuel. He studies pirates!”

My journey to becoming the pirate guy has been somewhat serendipitous: I cannot say that I started my undergraduate career with the intention of spending a year and a half learning everything I could about eighteenth-century pirates. However, in the process I have learned more than just a lot of facts. I’ve learned about the creation and spread of ideas; about the role that literature plays, sometimes reflective, sometimes active, never neutral, in the process of social change; about the research and writing process; and a great deal about old books.

It all began in the spring of last year, when I read the 1724 General History of the Pyrates in Professor Janet Sorensen’s research seminar on literature and the sea. From the beginning, I was astonished by the intense level of social critique that this book sustains. Then, about halfway through, I came to the tale of Captain Misson, who creates a pirate society that abolishes slavery, creates a democratic government, establishes an education system to eliminate racial inequality, and engages in property redistribution.

The tale of Captain Misson, I soon learned, is a fictional tale, and so are many of the book’s stories. As I began to dig into the archives that are available through our library’s research databases (including searchable, scanned collections of period newspapers in the Burney Collection, published voyage narratives from the period in Eighteenth-Century Collections Online, and letters and state papers from Britain and the colonies in British History Online) a clearer picture began to emerge: the work’s author had fictionalized the stories at will to insert scathing moments of social and political critique. For a writer like Nathaniel Mist, to whom the General History is attributed and who was often jailed for sedition, what better way could there be to promote radical ideas? Pirates were criminals, after all. “The views represented here,” Mist could have pointed out in the tradition of modern reporting, “are the opinions of the pirates, not of the publisher.”

This winter break I traveled to the Houghton Library at Harvard to work with first- and early-edition copies of the General History and other similar narratives, including the seafaring novels of Daniel Defoe, like Robinson Crusoe and Captain Singleton, as well as ostensibly nonfiction voyage narratives from the period. It was the second of two archival visits I’ve made, thanks to the support of the English Department’s archival travel funds and other university-wide student research funding. In special collections, I was able to do something that is not always possible when using digital databases: look at illustrations, advertisements, frontispieces, and other paratext.

What I learned was fascinating. As the incredibly popular General History of the Pyrates is reprinted and adapted, sometimes legitimately by the original publisher and sometimes in “pirated” editions, a curious pattern begins to appear. Its political rhetoric is toned down—Misson’s tale only appears in one edition—and its emphasis on the collective social dynamics of pirate crews begins to change. Adaptations, especially cheap ones, focus on the individual pirate captain’s sensational rise (usually from gutter poverty) to violent leader of a crew of brigands. And the illustrations, which are quite distinct from those in other criminal narratives, fit the pirate captain into a kind of social hierarchy: he gets a posed portrait, the hero of his own story. In a word, these revisions tend to read more like novels.

This observation has led into my senior thesis, which compares Robinson Crusoe and Captain Singleton to the General History. It is a case study in one of the trends that shaped the novel: a focus on the individual protagonist and his or her interiority. By locating in the original versions of the General History a kind of “road not taken” by the novel, I hope to better understand why the novel makes the formal choices that it does; and in the reception and adaptation of the General History, I think it’s possible to see glimpses of the social forces that drove that change. Though that thesis will be done soon, I’m going on to graduate study in English this fall, and I expect I’ll follow the pirates on their plunders for many a year to come.