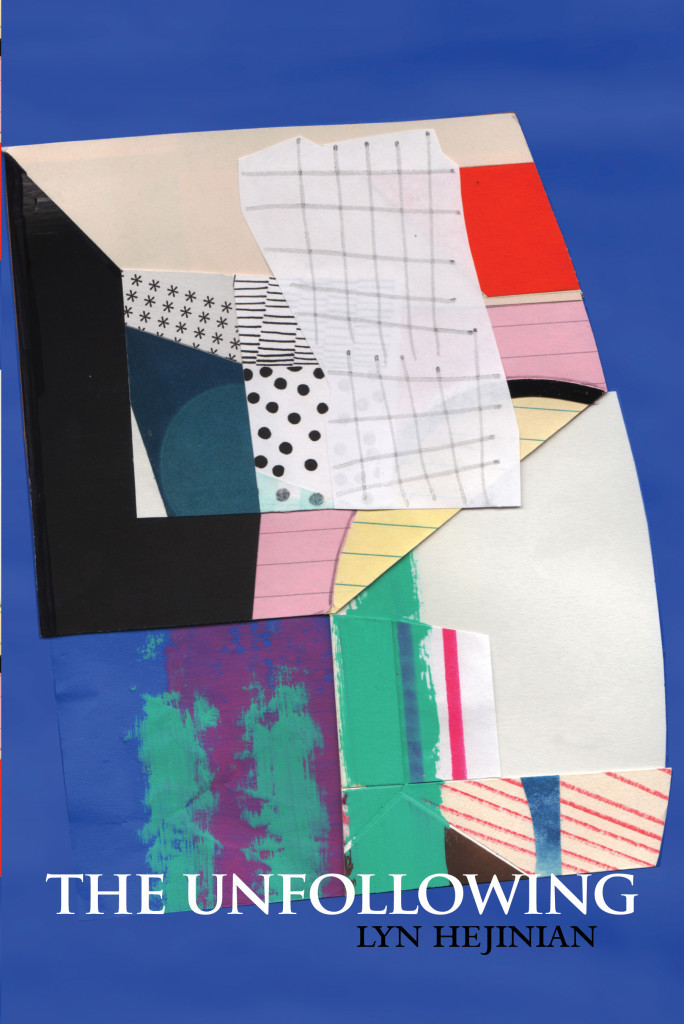 Professor Lyn Hejinian released her book of poetry, The Unfollowing, in early April 2016; the work is intended as a set of elegies, both personal and political.  The work flirts with structure and logic; all 77 of the book’s poems are fourteen lines each, evoking the sonnet – a comparison that Hejinian states, “wouldn’t be inaccurate-or it would be entirely so.”  The logic of the sonnet, however, does not follow in this work. Instead, each page greets the reader with series of non-sequiturs, to which there are no satisfying conclusions.  The work is premised on these two themes: the refusal to comply and logical instability, which in turn perform Professor Hejinian’s sense of death’s “unacceptability.”

Below are three poems from The Unfollowing. The book is available through Omnidawn Press, as well as Amazon.