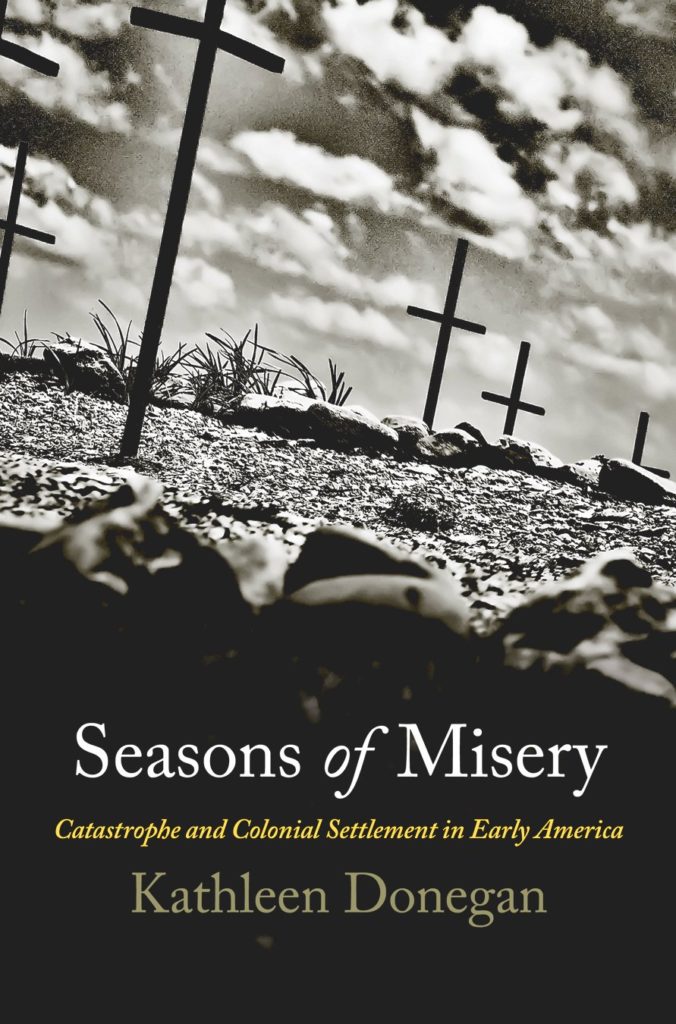 Earlier this month, The University of Notre Dame announced Professor Kathleen Donegan was awarded Honorable Mention for the 2016 Early American Literature Book Prize for her book, Seasons of Misery: Catastrophe and Colonial Settlement in Early America.

According to a press release by Notre Dame, it was “noted by the committee (that,) ‘Donegan’s work is by turns troubling, provocative, and persuasive. Her analysis of suffering in the literature of colonial settlement and the way that it produced the colonial subject/colonial literature is careful not to focus on the misery of colonial settlers at the expense of acknowledging and analyzing the atrocities they visited on others.’ The committee also noted the often-gripping style of Seasons of Misery. One committee member observed that Donegan’s style is part of her process—the construction of ‘narrative readings’ that merge exegesis with ‘a sustained narrative schema’ creates a powerful sense of drama in sources whose inherent power is often submerged.”

The full press release can be found here.