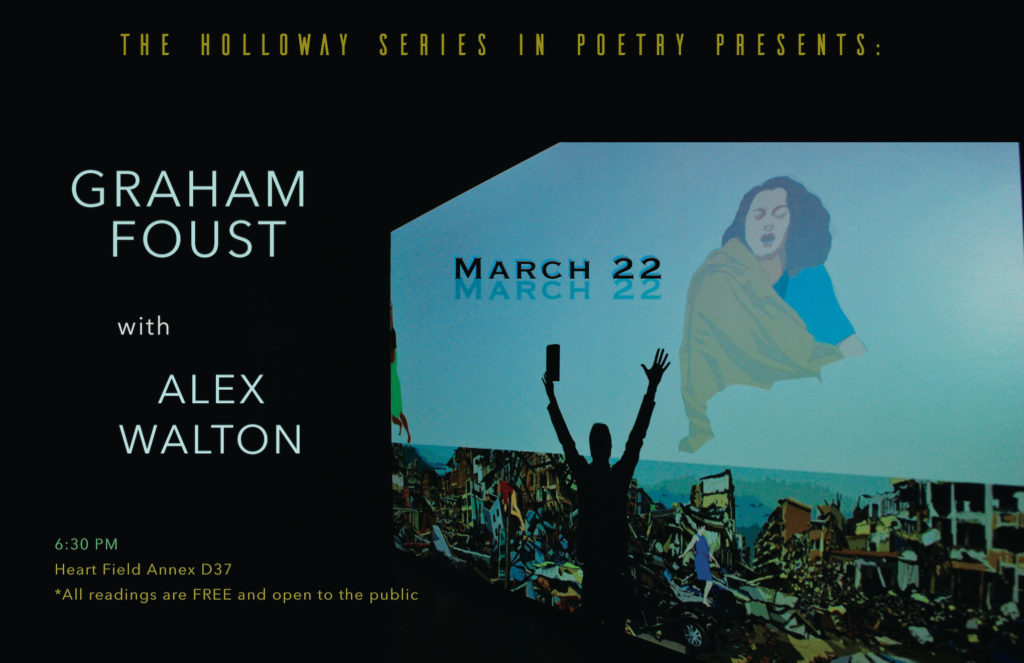 Each academic year, The English Department’s Holloway Series in Poetry welcomes several renowned and rising contemporary poets to campus to share and celebrate their work.
This week, the series welcomes poet Graham Foust. Foust is the author of several collections of poetry, including As in Every Deafness (2003); Leave the Room to Itself (2003), which won the Sawtooth Poetry Prize; Necessary Stranger (2007); A Mouth in California (2009); To Anacreon in Heaven and Other Poems (2013); and Time Down to Mind (2015).  Foust’s essays and writing have appeared in journals such as Conjunctions, Jacket, and TriQuarterly.

Below you will find the poem, “Almost As If I’ve Been Given an Horizon”  from As in Every Deafness as a preview of tonight’s reading.

Graham Foust’s reading will be held March 22 at 6:30pm in room D37, Hearst Field Annex, with an introductory reading by graduate student Alex Walton. The event is free and open to the public.

Almost As If I’ve Been Given an Horizon

The giant world
is no damned genius
with its basket of latitude,
its schedule for wanting
to be touched.
Now, slow asleep
I’m song
to break in on,
a strength less lost
than gone.
I borrow minute, hour,
day, day.
The waves as cruel replacements pass
for crutches.