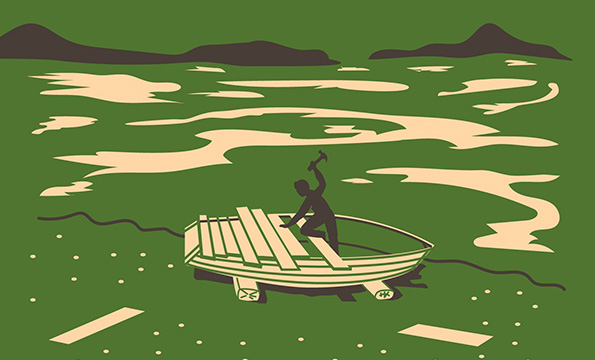 Department alum Daniel Gumbiner has been longlisted for the National Book Award in fiction for his novel, The Boatbuilder.  The National Book Foundation, which presents the National Book Awards, writes:  “In Daniel Gumbiner​’s The Boatbuilder, a twenty-eight-year-old man who has moved easily through the world sustains a concussion with lingering effects, opening a door to opioid addiction and quickly leading to crime. Taken in by a craftsman and a community in Northern California, the young man must learn how to rebuild and sustain his own life in this novel about recovery, redemption, and self-reliance.”

Gumbiner completed the degree in English in 2011, and has since become managing editor of The Believer magazine.   It has been called everything from “alternately silly…and perspicacious,” (LA Times) to “highbrow but delightfully bizarre,” (Washington Post) to “a very popular $12 magazine,” (on BoJack Horseman).

An excerpt of The Boatbuilder is available on Literary Hub, and reviews at The New York Times and Ploughshares, among other places.