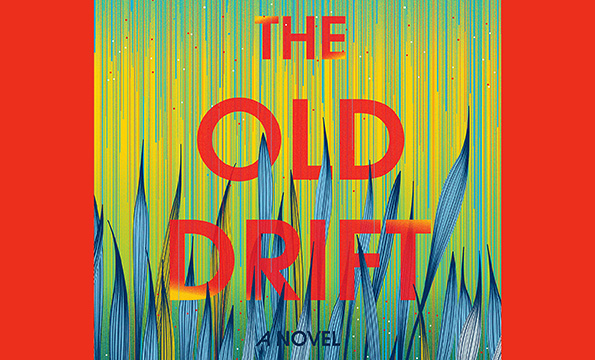 Namwali Serpell has been getting international attention for her recently released novel, The Old Drift. Here is a small sample of reviews:

You can read an excerpt on Literary Hub. Interest in The Old Drift has also sparked a number of interviews, including in The San Francisco Chronicle, The Cut, and one we’ve been given permission to reprint from the The New York Review of Books daily e-mail newsletter, the NYR Daily:

On the NYR Daily this week

Today we published Namwali Serpell’s “The Banality of Empathy,” about art and empathy. Earlier this week, I exchanged emails with her about Nabokov, her forthcoming novel, and whether empathy alone will save us.

“I became a writer when I became an immigrant,” said Serpell, who moved to Baltimore from Zambia when she was eight. “I mean this quite literally: I still have a little red spiral notebook from around that time full of ‘story ideas’ with titles like ‘Friends Forever… I hope,’ ‘Gymnastics and Horses Don’t Rhyme,’ and ‘Brainy Magic.’ They vary in genre from murder mystery to sci-fi, family saga to melodrama, but it’s all patent autofiction. What strikes me now is that each one reflects a young person trying to make sense of a new world.”

Today, she teaches literature at UC Berkeley. I asked if she now considers herself a West Coast person. “No, I do not! It is a source of great angst in my life! I love Berkeley as a university—my students, my colleagues, the fact that it’s a public institution that, fail as it might, at least aspires to political progress,” she told me. “But San Francisco, where I have a rent-controlled apartment in the Mission that I obviously can’t give up, feels small to me, and wealthy, and very white… I feel most at home in big, diverse, fast-moving, walkable cities (I’m post-car). I’m hoping to move to Oakland soon.”

Serpell has covered a range of subjects for the Daily, but I particularly appreciate her talent for writing about sci-fi and action movies.“My absolute favorite thing is to walk into a film with zero preconceptions about what I’m about to see,” she said. “Having the history of film or a rack of technical terms stuffed in my head would, I think, make it harder to do that. This is a cavalier attitude that I can’t afford… as a literature professor and writer. So I take a great deal of pleasure in writing about film as a kind of outsider.”

In her most recent essay for us, Serpell argues against the assumption that literature—and narrative art more generally—engenders empathy and that this is necessarily a good thing. In her emails to me, she described feeling both the companionship of literature—an antidote to loneliness—as well as disappointment or alienation from her favorite writers. After discovering Nabokov in college—“I still call him Uncle Vlad”—Serpell later came to question his empathy. “Reread Lolita and come and talk to me about the Negro porter at The Enchanted Hunters,” she said. “Reading literature, for a black woman, is nearly always a matter of double consciousness.”

“The obverse of this, of course, is the expectation that literature ought never to make white readers feel this way, that it ought instead to provide an empathic bridge to ‘others,’” she went on. “Listen, empathy has its perks and delights—I make use of it in my writing all the time. But it isn’t a surefire or naturally worthy feature of narrative art… And it can be exceedingly dangerous to rely on the idea that empathy alone will save us all.” If equality is the aim, she argues, empathy alone doesn’t necessarily get us there.

In addition to criticism, Serpell writes fiction, and later this month she will publish her first novel, The Old Drift, a story set in Zambia that spans two centuries, from 1850 to 2050. The book “gets its title from a colonial settlement on the banks of the Zambezi river, just above the Victoria Falls,” Serpell told me. “In 1904, in the smoky dining room of the Victoria Falls Hotel, a fever-addled British settler makes a mistake that entangles his family’s fate with those of an Italian hotelier and a Tonga busboy. As this error ripples over the centuries, the lives of the members of these three Zambian families keep converging in what I like to think of as ‘a cycle of unwitting retribution.’”

This reminded me of Serpell’s review of Ugandan novelist Jennifer Nansubuga Makumbi’s Kintu (2014), which follows the repercussions of a man’s sudden, arbitrary murder. “The larger scale question I wanted to address is about error,” Serpell explained. “We like to say ‘to err is human,’ but we mean that as derogatory, or as an excuse. It seems to me, however, that across the disciplines of knowledge, ‘error’ is precisely the source of everything new in this world. Error is a generative principle.”

For everything else we’ve been publishing, visit the NYR Daily. And let us know what you think: send your comments to Matt Seaton and me at daily@nybooks.com; we do write back.

Reprinted by permission of the New York Review of Books.  Originally published on Sunday, March 3, 2019 in the NYR Daily e-mail newsletter.  All rights reserved.