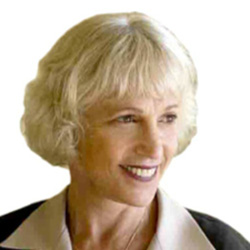 The perennial question about memory: how much should we trust it?  I’ve been asked to write about my favorite English teacher at Berkeley in the early 1960s, but after fifty-six years I know my memory might play tricks, might even make things up in an effort to be true to what happened. Memory is probably the original novelist, and this short memoir of Finkelstein the teacher is an attempt to explain something that haunts me, something not understood at the time it happened.

Memory tells me that she once cried in class. But why did she cry, if indeed she did?

The time: Fall, 1964, the beginning of the Free Speech Movement.  The scene: University of California at Berkeley.  The place: a senior honors seminar in Wheeler Hall.  The purpose: the study of Melville over two semesters with the same professor. The proposed outcome: A Senior Honor’s Thesis on Melville’s writing.

Our professor was Dorothee Finkelstein, whom I had chosen because she’d also been my instructor for the Freshman English class.  She was a vibrant, charismatic woman in what must have been her early fifties.  We were a group of ten or twelve seniors with various reasons for wanting to study Melville.  My reason was clear and unambiguous: I wanted to work with this Professor.   Melville, at least in the beginning, was less important to me.

Our class was taking place during the Free Speech Movement, which I recollect through what seem snap-shots borrowed perhaps from photographs taken at the time.  Memory insists that these were recorded by me through active participation in the events, as if memory had decided to present itself as a photographer.   We students were protesting a ban on political activities on campus. The events I remember took place in Sproul Plaza in front of the administration building.  One of the spontaneously emerging student leaders, Jack Weinberg, in protest against the ban, set up a table with political information in Sproul Plaza.  (snap-shot) He was arrested and held in a police car soon surrounded by some 3,000 protestors (snap-shot) that kept the police car from moving for 36 hours.  I see Mario Savio, the principle student leader, making a speech on top of the surrounded car. (snap-shot).  I recall: the mass sit-in to support the student-faculty strike (snap-shot). I took part in the heady, angry atmosphere that called the large number of student supporters out of their class rooms, jubilant about protesting what felt like an arbitrary authoritarian administration. I can’t remember whether our classes with Finkelstein were cancelled during the strike, which I am inclined to doubt, and whether if they were not I attended them. Certainly, I stopped attending other classes.

A class with Finkelstein: I remember the quality of high-seriousness she brought to our discussions of Melville, a quality I deeply admired at the time but could not describe until many years later.   Looking back, I would say it was a controlled and sublimated passion for serious scholarship which was never dogmatic and which inspired a rapt kind of almost breathless attention among the students.  We didn’t fidget or ask unnecessary questions, we felt called to be at our best, as serious about our studies as she was about them.  Outside the classroom protesting students were being dragged down the steps of the administration building, their arms twisted behind their backs, while we in class were sober and concentrated, convinced by the dedicated quality of her presence that what we were doing also mattered.  But I’m not sure for how long.  I don’t think I would have missed a class with her, even if I were the only student attending it, but there is no way that memory can verify this.  This is one of those gaps it would like to fill in with the image of me sitting on with her when the rest of the class had dispersed to attend the student-faculty strike, memory is trying hard to get me to see it like that but I remain uncertain.

That was, as I have said, the Fall semester of 1964.  Our classes were re-established in the Spring semester, however much or how little they had been disrupted in the fall. Close to the end of the semester, the class had been reading Melville’s Billy Budd, a short novel, written nearly forty years after Moby Dick and, if possible, even more deeply troubling and mysterious. The story of Billy Budd may have been inspired by the hanging of a sailor who had been found guilty of mutiny on an American ship in 1842.  Melville however, and for good reason as our professor was at pains to point out, locates his tale on a British war-ship in 1797, the year of the great mutiny.  The reason for this relocation became an important part of our class discussion.  Billy Budd, our hero, is an embodiment of Melville’s Handsome Sailor, a gifted, beautiful, physically strong young seaman, looked up to and admired by his fellows.  The plot is a complex moral parable, involving Budd, who awakens the perverse love-hate of Claggard, the master-at-arms, a man Melville describes as possessing a depravity according to nature, and Vere, the Commander of the war ship, whose nickname is Starry Vere, to suggest a somewhat dreamy quality in his nature. Given this uneasy triangle, what happens proves to be inevitable, but for the decision over life and death the Commander ultimately makes.  Claggard falsely accuses Budd, who, outraged and speechless, strikes and kills Claggard.  Vere, who understands that Claggard is to blame, feels that he has no choice but to hang Billy, sacrificing the innocent boy to the upholding of the mutiny law which requires that in war-time a seaman who has caused the death of a superior must be hung.  It was essential for the class to understand that Vere is in no doubt of Claggard’s natural depravity or Billy’s goodness; he is a thoughtful, honorable officer who cannot avoid the imperative necessity, our Professor insisted, when threatened by mutiny, to uphold the law.

The class was in an uproar.  It was justified to sacrifice Billy, this charming, twenty-one year old seaman who had been impressed into the war ship’s service?  We ourselves had just been involved in protest against arbitrary authority, we simply could not understand the point of view of our Professor, who was at pains to assure us that there was serious danger in a mass-movement that threatened the legitimacy of the institution’s rules.  Our professor was profoundly moved, that was obvious.  This abstract discussion must have become personal, in some way. As the conversation grew heated I thought that I observed tears in Finkelstein’s eyes.

Why did she cry, if indeed she did cry? That unanswerable question created the memory’s restless, haunting quality.

Who was Dorothee Finkelstein?  I knew nothing about her at the time, beyond the blatant fact that she fascinated me.  Years later, and not so long ago, I learned that she had been a Lecturer at the time I first encountered her in my Freshman English class, and seven years later (I had been away in Europe for several years) she had become a tenured Professor, the second woman ever to receive tenure in the department.  But who was she?  And would that knowledge explain the tears in her eyes?

She was born Dorothee Metlitzki, in Germany in 1914 (which made her 50 years old at the time I studied Melville with her).  Her father, Israel, being involved in international trade, moved the family to Russia, where he was imprisoned by the Bolsheviks during the Revolution. His family fled to St. Petersburg.  They were brought together again when her father, set free by his own workers, fled with them to a seaside town in Lithuania, where Dorothee studied in the German Gymnasium.  In 1933, when Dorothee was 19 years old, and Hitler was assuming power, she moved to London to continue her studies.  During the first 19 years of her life she experienced transplantation from Germany to Russia, flight from the Russian Revolution, Hitler’s coming to power, and a further dislocation in the move to London.  She did not tell us about these events when she was teaching us about Melville.

Why did she cry, if indeed she did cry? Do these events answer that question?  In London she was part of the literary world, friends with Robert Graves, Lawrence Durrell and Olivia Manning and belonged to the circle of Abba Eban and Moshe Sharett, the eventual second prime minister of Israel. In 1939, at the brink of the Second World War, she left England for Palestine, having participated in the Zionist movement since she was a young girl.  She had by then achieved a B.A. and two M.A.s, in classical Arabic and medieval English.

This woman, our English professor, had found a way to transform crisis and near-disaster into self-transformation, development and social commitment. She was a co-founder of the English Department at Hebrew university, she participated in the founding of the state of Israel in 1948, and created an agency in the Israeli Federation of Labor to safe-guard the rights of Arab Women.  As a spokeswoman for Israel, with a profound commitment to a bi-cultural, bi-national state, she traveled to the United States in 1951, returning three years later to study for her Ph.D. at Yale, which she had accomplished at the age of 43, in 1957. During those years, from 1944 to 1950, she married and lost two husbands, one to suicide the other to cancer.

I can only imagine what shadow of revolution and social disruption, personal loss and upheaval was evoked by our student rebellion, and how her interpretation of Melville was influenced by this life-history. Professors at the time did not talk about their personal lives. We did not know she had written an influential book on Melville, or the fact that she knew eight languages, or the reasons for her personal charisma, or the sense she managed to impart to us that study and literature mattered at least as much as a student protest against authority. Looking back, I can only reflect on how often books and scholarship must have saved her sanity and given her the unforgettable presence, the intensity and personal authority we encountered, without in the least understanding, when tears came to her eyes as she spoke to us about the necessity to sacrifice the beautiful boy to the imperative necessity of the rule of law.

Why did she cry, if indeed she did cry? Memory clutched the experience of the unforgettable professor for 56 years until I recently learned about her participation in the upheavals of history. Conjuring that memory from 56 years ago, I would now not hesitate to say yes, indeed, without doubt, I saw tears in her eyes.