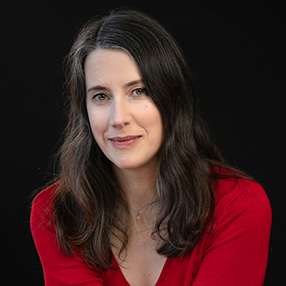 Ella Young was a complex character and central to the building up of Celtic Studies at Berkeley. During her ten years as James D. Phelan Lecturer in Irish Myth and Lore, she gave lectures at Columbia, Smith, Vassar and Mills. As a woman holding a prestigious lectureship, she was exceptional for her time. However, she emerged at a moment in Ireland in which women were at the forefront of political and cultural movements. Young was involved in the Easter Rising of 1916, like the better-known Constance Gore (Countess Markievicz) and Eva Gore Booth, sisters who had previously been active in the anti-war and suffrage movements. Coming to the United States in 1922, Young was an ambassador for the new Irish Free State, following Ireland’s successful War of Independence against British rule.

Much of Young’s iconography and mythical references come from this context: her writing is part of the Irish cultural nationalist movement which attempted to revive folkloric and mythological material to create a new national literature and repertoire of images to inspire and motivate the Irish republican movement. The mythic past of gods, druids, and supernaturally gifted warriors was a powerful response to colonial accounts of Irish degeneracy. Young’s dealings with these materials however also expressed her engagement with larger international movements. As a young woman she was an early member of the Hermetic Society of the Golden Dawn, a version of the Theosophical Society which was established in 1875 by the Russian émigré Helena Blavatsky in New York. Theosophy attempted to weld not just different mythic traditions and religions together but also to forge out of philosophy, religion and science a new syncretic psychological religion that would offer an experiential and intellectual synthesis made almost impossible in a world profoundly altered by secularization, positivism, and technology.

While the Hermetic Society of Dublin focused more on the magical rites of Cabala and Rosicrucianism than on the Buddhist and Hinduist philosophies favored by Theosophy, the central “objects” of Blavatsky’s movement can be discerned in Young’s writings, works which can otherwise seem whimsical. Take for example the short piece “The Sunflower” (1900) in which Young feels the flowers communicating forcefully with her. Their insistent presences form a portal to the sun’s power and recall to her the Irish mythic figures of Lugh and Angus Óg, gods of the sun and of poetry, whom she in turn likens to Apollo. Such musings seem fanciful but they embody a commitment to a hidden unity, a single being in which matter and mind, physical beings and gods merge. The animistic beliefs Young displays in various accounts we have of her—her insistence on talking to trees, her celebration of her cat’s nobility—are instances of a theosophical interest in powers unexplained or dismissed by empirical science.

Like W. B. Yeats, who had also been a member of the Hermetic Society, Young cultivated the persona of a poetic visionary. While Yeats gradually put aside this role, Young continued to deploy it and to work in a stylized Celtic idiom. She did so however to great effect. Fashioning herself as a druidess, Young drew together diverse audiences and inspired alternative communities such as the San Luis Obispo Dunites. We might learn from her today. The new Irish Studies Program at Berkeley is a complement to the Celtic Studies Program and committed to contemporary Irish and Irish American issues among which international alliances and environmental concerns rank highly. Young is inspiring in her ability to whet curiosity and to activate a new consciousness with the goal of a reimagined community.