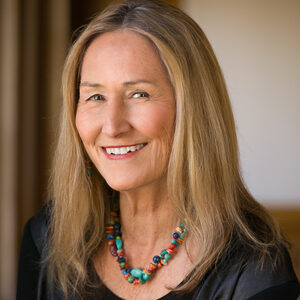 Welcome to “Reading Along with Berkeley English.” As you can see, we are an eclectic bunch. I am a scholar of Native American Studies and American Studies. I never, never thought I would be reading (much less teaching) comics. But, although I resisted for quite some time, I finally listened to my brilliant students who insisted (repeatedly over several years) that I should read Maus. They knew that I had written about Native American (pre-alphabetic literacy) pictographic self-narrations and that I was interested in visual narrative (for years I taught a course on Visual Autobiography) . But I was wedded to my uninformed biases against the comics form. Once I finally took the time to actually read/look at some graphic narratives, I found it remarkable that I could find myself weeping over mice and being challenged by the complexities and subtleties of image-text relations in the service of self-narration. I credit my Berkeley students with pushing me to re-cognize (both to recognize and rethink) what was possible in comics form. I’m excited about the possibility of talking with you about all of this.

A graphic novel is often defined as “a single-author, book-length work, meant for a grown-up reader, with a memoirist or novelistic nature, usually devoid of superheroes.” Many comic artists, however, ridicule the term as a pretentious and disingenuous attempt to rebrand comics in order to elevate their cultural status. We will examine the definitions, history, and diverse forms of graphic narratives in the U.S., focusing on graphic memoirs. We’ll also discuss the multiplicity of contested American identities as these are represented in image and text.

1.  Why does Ledesma refer to himself as a “reluctant” Dreamer? Why is he so concerned about not sharing too much about his family?

2.  What is the relationship between trauma, transgenerational trauma, and hyperdocumentation?

3.  Ledesma’s form is less like a comics book and more like a visual narrative. Sometimes there are pages of text only; sometimes image only; but most often hybrid image-text. What is the effect of this form on you as a reader/viewer?

4.  Ledesma has numerous textual and visual allusions throughout the book. He refers to numerous scholars, activists, artists, and writers in a variety of ways. Which did you note and in what form? What purpose do these allusions serve?

1. “American Born Chinese”or “ABC” is a phrase used to differentiate people of Chinese descent who were born in the U.S. from people of Chinese descent born in Asian countries. It is sometimes used to “explain” (cultural differences), sometimes to “criticize” (especially, inadequate or non-existent Chinese language fluency). What are the resonances of Yang’s use of this term for the title?

2. On a first reading, ABC seems to be a deceptively simple coming-of-age story, but in fact there are at least three stories. What are these stories and what is the effect of interweaving them rather than telling them sequentially?

3. Transformation is a key theme in American Born Chinese. What is the role of Jin’s (the autobiographical persona’s) toy transformer throughout the graphic memoir?

4. Find examples of the various ways Yang uses handwritten (hand lettered) writing in English, Chinese, and Pinyin (the “official Romanization system for standard Chinese” in many parts of Asia). How is the writing different in narration, dialogue, sound effects, labels, and background?

1. Spiegelman says that the page is “a unit of space and time” that comics artists shape. Discuss how Spiegelman uses frames and panels to organize space and time. Consider also the use of white space on the page, the borderless frame, and the gutter. How do each of these convey different temporal and spatial positionings?

2. How does Spiegelman interweave his 3-4 narratives (his father’s story, the story of the Holocaust, his story of his experience as a second-generation Holocaust survivor, and his mother’s (mostly omitted) story)? What techniques does he use to guide readers/viewers between and among these? In particular, how does he use image and text in relation to each other?

3. How does Spiegelman convey transgenerational trauma?

Categories:Read Along with Berkeley English