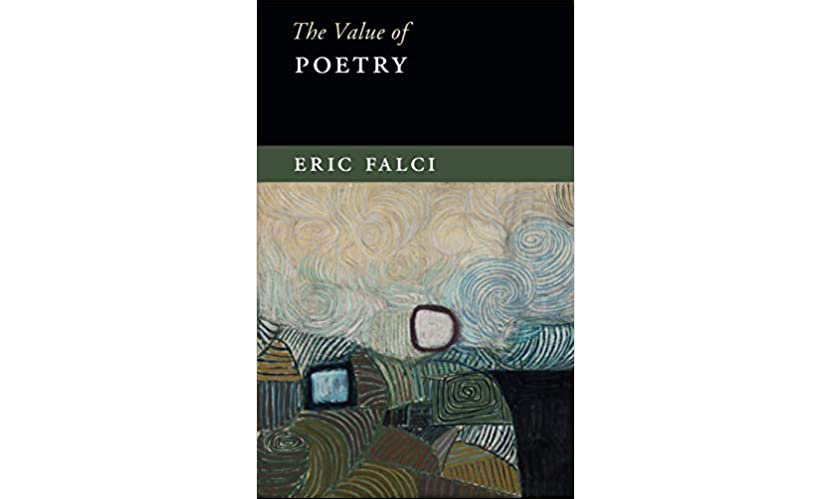 In The Value of Poetry (Cambridge, 2020), Professor Eric Falci explores the literary, cultural, and political significance of poetry in the twenty-first century. Arguing that some of the most significant and enduring human notions have been voiced and held in poems, he examines the ways in which poetry captures instances of thought, feeling, and speech, and embeds them in language that is poised toward the future.

Ranging widely across canonical and contemporary poetry, The Value of Poetry shows how poems matter, and what poetry offers to readers in the contemporary world.

In the following excerpt, Falci considers how it is that, in contemporary poetry, basic words such as “I”, “you,” “here,” and “there” have taken on quite different resonances than in fiction.

A substantial task for contemporary poets has been to ﬁnd forms that might both critique and reconstrue the modes of subjectivity stitched into lyric’s deep textures, by displaying the sorts of alienation and dispersal that attend the constitution of the modern subject, and by making poetry responsible to matters of difference so that, as Adorno suggests, the lyric “I” isn’t – whether by default or design –a naïve expression of privilege or merely an effect of hegemony or domination. How, then, have writers taken up this task within projects that revitalize poetry’s composition of subjective experience?

Here we need to address the special status of the poetic “I,” as well as the deictic network in which a poem’s “I” is situated. Just as the “I” of a poem is ﬁssured along multiple lines (as suggested in various ways by Wordsworth, Eliot, Riley, de Man, Benjamin, and Adorno), so is a poem’s deictic and diegetic space substantially untethered as compared to other social and discursive scenarios. Unlike in a novel, the ‘I’ or ‘you’ or ‘this’ or ‘here’ of a poem do not attach to a fully realized story world. And unlike a scene in real life (or on stage or screen), such contextual words in a poem do not refer to actual bodies or vectors of shared space or time.

In a novel, for instance, the sentence “I see you there” is most likely to be part of dialogue between characters or perhaps folded into a complex third-person narration. (In a ﬁrst-person novel, it might also function as a drastic shattering of the fourth wall.) In the real world, such a spoken sentence would have a clear set of referents, as it would in a play or ﬁlm. Appearing in the context of a poem, however, it would be both awkward and thrilling – the pronouns would all spark, but in too many directions and not quite together.  Poems muddy the context of all of their shifters. Each deictic ﬂuctuates between a quasi-diegetic space and an ambiguous pseudo-speech act; the “I” of a poem is a sedimented and multiple ﬁgure, attaching nearly simultaneously to the author, the reader, and to some abstracted “speaker” that is neither and both.

In the opening stanza of Jorie Graham’s “San Sepolcro,” for instance, the “I” and the “you” are both indeterminate and replete:

In this blue light
I can take you there,
snow having made me
a world of bone
seen through to. This
is my house[.]

The title cues the poem’s setting, but the stanza exists in an unﬁxed space: a here (“this blue light”) that is “there” and then here again (“This/is my house”). The speaker’s bid is that the poem can imaginatively build out a world – the world of a house in San Sepolcro – that the reader can somehow access.

Graham begins by simply making explicit what drives the bulk of what we might variously call imaginative, creative, or ﬁctional writing. Every text – ﬁctional or not – that aims to transport a reader might as well begin with such an epigraph: “I can take you there.” In the context of Graham’s poem, however, the diegetic “there” to be fashioned is undone by the rhetorical gambits and generic conventions that underlie the poem. We understand the “I” of the poem to be something other than the “I” of the storyteller or narrator, but rather a compounded and contradictory ﬁgure: the single pronominal subject – indicated by “I,” “me,” and “my”– is bilocated, wrenched between a space of textual enunciation (the “I” of a lyric speech act) and one of diegetic desire (the “I” who wants to be in Tuscany but isn’t quite). The only way to cross that aporetic space – from the “blue space” of snow to the “blue space” of San Sepolcro – is to generate another aporia: one in which “there” is “here.” The “you” that is taken to there/here is nominally the reader but actually the poet, the authorial “I” who needs to be herself transported in order to effect the transportation that the poem wants to achieve. To be sure, the “I” of the poem solidiﬁes as it turns more fully into a phenomenologically tinged and epiphanically driven account of the particular house and its aesthetic analogues, but this subsequent and more typical lyric space is built on deictic sand.