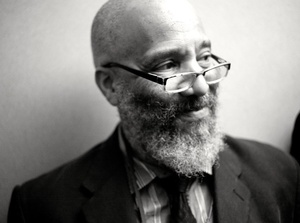 The 2022 Gayley Lecture will be given by Cecil S. Giscombe, Professor and Robert Hass Chair in English.

The talk’s an inquiry into the status of the railroad as a complicated series of facts in Black life and art and will be drawn, in large part, from materials from my prose book in progress, “Railroad Sense.” (The book project itself is an attempt to address and interrogate the interplay among some ideas pertaining to public transportation, color, landscape, etc.) The title phrase—“first thing smokin’”—has been a presence in black music and speech for the last hundred years. It refers to the occasional necessity of quick escape; long ago, such escape was thought to be best accomplished via rail and in the 1920s trains were powered by steam generated by coal fires—hence the “smokin’.” The talk will circle outward from that to address issues of metaphor, the overlap between prose projects and poetry projects, song itself, and allied topics.