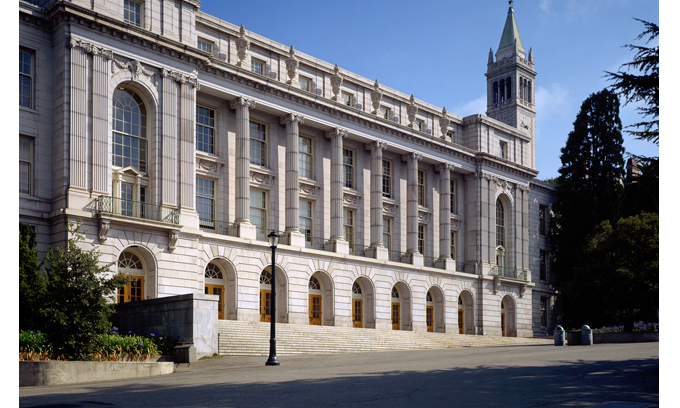 #1 in Gender and Literature

#3 in American Literature Before 1865

#4 in Literary Criticism and Theory (tie)

The current Chair of the English Department, Professor Eric Falci, says of the news: “We are pleased to be recognized once again as a top English Department and to be in the company of such important departments across the country.  Ranking academic departments is a terribly fraught and uncertain enterprise, but one of the factors that must surely be taken into account in any such ranking is the success and brilliance of a department’s students, and so on that score at least our ranking makes sense: the students in the Berkeley English Department are the best around.”

Other Berkeley graduate programs ranked #1 include History, Psychology, and Sociology. You can read more about UC Berkeley’s campus-wide performance here.

(Photo © 2003 by Alan Nyiri, courtesy of the Atkinson Photographic Archive.)