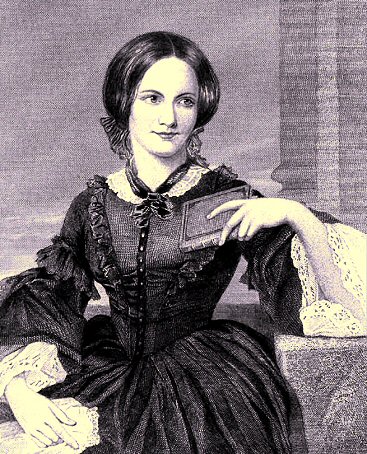 In a new series on the blog, we explore the joys and the tribulations of being both a graduate student and a parent. Over the next several weeks, we will post pieces by graduate students from all stages of our program. Each has a unique perspective on parenting and academia. It is our hope that this series will speak to graduate students everywhere, who have either entered graduate school with children, have had children as graduate students, or are contemplating it. We also think it will speak to any and all parents and prospective parents, regardless of whether they are students or not, who simply want to hear the perspectives of other parents.

First in the series is a post by Mia You, who helps run the website a.bradstreet, which publishes pieces on motherhood and poetics.

Some ideas are not really new but keep having to be affirmed from the ground up, over and over.

I read this sentence on the bus, heading to a lecture on poetry and translation, a couple months after my daughter was born. I made a little checkmark in the book’s margins, stuck in my pencil to hold my place, closed the book upon my lap, and completely fell apart. How many reading mothers have had this experience? Poet Anna Ross has described crying on the Boston subway while reading Sylvia Plath. I was reading Adrienne Rich.

Published in 1976, Rich’s Of Woman Born: Motherhood as Experience and Institution was groundbreaking not only in its sustained examination of motherhood, which ironically had been mostly overlooked and unvoiced as a form of labor. Of Woman Born was also a revelation of what literary criticism could be. Bringing together close-readings of literature and philosophy, alongside personal memoir and policy proposals, Rich shows that the power of the reading mother might lie precisely in her own porousness. A mother knows too well, for instance, that personal boundaries are mostly a convenient illusion.

One of the ideas Rich affirms over and over again is that women are not “merely the enlargement of a contact sheet of genetic encoding, biological givens.” This is important, because as a person who so much defines herself as a reader and a writer, the transition into a mother presented, for me, a dual-sided crisis. First, why did being a mother feel so unreasonably unnatural? Why was I so certainly failing, on a daily basis, what so many women do and always have done? Second, suddenly I could no longer read or write. For so long, I had lived a life carefully geared toward the cerebral. My turn to poetry was, frankly, an escape from my physical, material givens. But now everything was about my body—my body doing things it had never done before and being out of my control in ways it had never been before—and, above all, the terrifyingly vulnerable body of my child.

The idea that any of us are innately mothers is a fiction. As Rich writes, “Experience shapes us, randomness shapes us, the stars and weather, our own accommodations and rebellions, above all, the social order around us.” Motherhood is a condition. It is a situation. It is a form of labor. It is an art. It can be both an institution and an experience. Motherhood, in any event, is a definition that extends beyond genetic encoding and biological givens.

And I, being as intrinsically human as Adrienne Rich or Gertrude Stein or Charles Altieri, have a definition that extends beyond motherhood. As a literature graduate student, so much of my training has been in both generating and troubling definitions. It has been in parsing the peculiar languages of others in order to construct my own. I came to realize that, to accept and to get beyond myself as a mother, I would have to learn to read motherhood.

Reading mothers! I will tell you this now: there is an underground community of us! We are here, there, everywhere, hiding behind the conference panel-trenches, creeping through the hallways of venerated academic buildings, grabbing armfuls of books from library stacks, abusing our Amazon Mom subscriptions for Free 2-Day Shipping on poetry collections! We are here, and when you need us, we will come to meet you!

I met Chloe Garcia-Roberts, associate curator of the Harvard University’s Woodberry Poetry Room, when I stopped into the Poetry Room with my son—then almost 18 months old and inseparable from my side. She has a son as well, a year younger, and we discussed how much we appreciated poets engaging with motherhood in their writing. We gave each other reading recommendations (Karen Weiser’s To Light Out, Rachel Zucker’s Museum of Accidents, even John Berryman’s Homage to Mistress Bradstreet), and it was clear how much we needed this kind of reading list and how much we would enjoy discussing these books together. Eventually, we decided to create a website called A. BRADSTREET (our own homage to Mistress Bradstreet), which would both help introduce literature dealing with motherhood to readers, as well as explore how our ways of thinking about and understanding poetry and language have changed since having children.

A. BRADSTREET features reviews, essays and interviews done in the spirit of how motherhood’s conditions can lead to an innovative redefinition of boundaries and to new writing practices. At last year’s MLA Convention, Hillary Gravendyk, who completed her PhD in this department and now teaches at Pomona, organized a panel on “The Poet-Scholar.” Among the speakers was Julie Carr, another Berkeley English PhD, co-founder/editor of Counterpath Press, and associate professor of English at the University of Colorado at Boulder. Julie spoke about how she became a poet-scholar because she “entered the academy pregnant,” and she did so through a brilliant mélange of memoir, scholarly presentation and poetic manifesto. We were lucky to publish her talk’s transcript as A. BRADSTREET’s inaugural post.

My own essay for A. BRADSTREET focuses on Bernadette Mayer’s Midwinter Day. This was the first book I opened after becoming a mother, partly because I had encountered it originally in a seminar taught by Lyn Hejinian. Lyn doesn’t often talk publicly about being a mother, but many poet/scholar/mothers (and fathers) from Berkeley will talk publicly about how Lyn was the first to firmly, warmly, patiently extend her hand when they struggled to get through. Soon after my daughter—my second child—was born, Lyn and I were on the phone, and she asked me what my daughter was like. I said she was mostly easy but could get very angry very quickly. Lyn laughed and said, “Good! I like it when a girl has a temper!”

Adrienne Rich recounts how in her own girlhood she was taught that her temper “was a dark, wicked blotch in me, not a response to events in the outer world.” Then later, “as a young mother, I remember feeling guilt that my explosions of anger were a ‘bad example’ for my children, as if they, too, should be taught that ‘temper’ is a defect of character, having nothing to do with what happens in the world outside one’s flaming skin.” But if becoming a mother pulled me out of my cerebral safety zone, it also made me confront head-on how angry I could be. As Rich points out, we are told constantly that “female anger threatens the institution of motherhood,” and yet it is the institutionalization of motherhood itself, the ways in which motherhood is imposed upon us, that warrants our anger.

The academy participates in this institutionalization. So what can the academy do differently for the intrinsically human young mothers within it?

A friend recently suggested that my newfound anger comes alongside a newfound passion. I write this, sitting on my bed, with my now three-year-old son napping next to me. He will only sleep if I stay with him, and this is my time to work. My commitments have realigned. I cry in buses. I make angry lists. I type quietly in bed. But still I am a reader and a writer. Gradually I am a mother. Some ideas are not really new but keep having to be affirmed from the ground up, over and over.

Written by Mia You