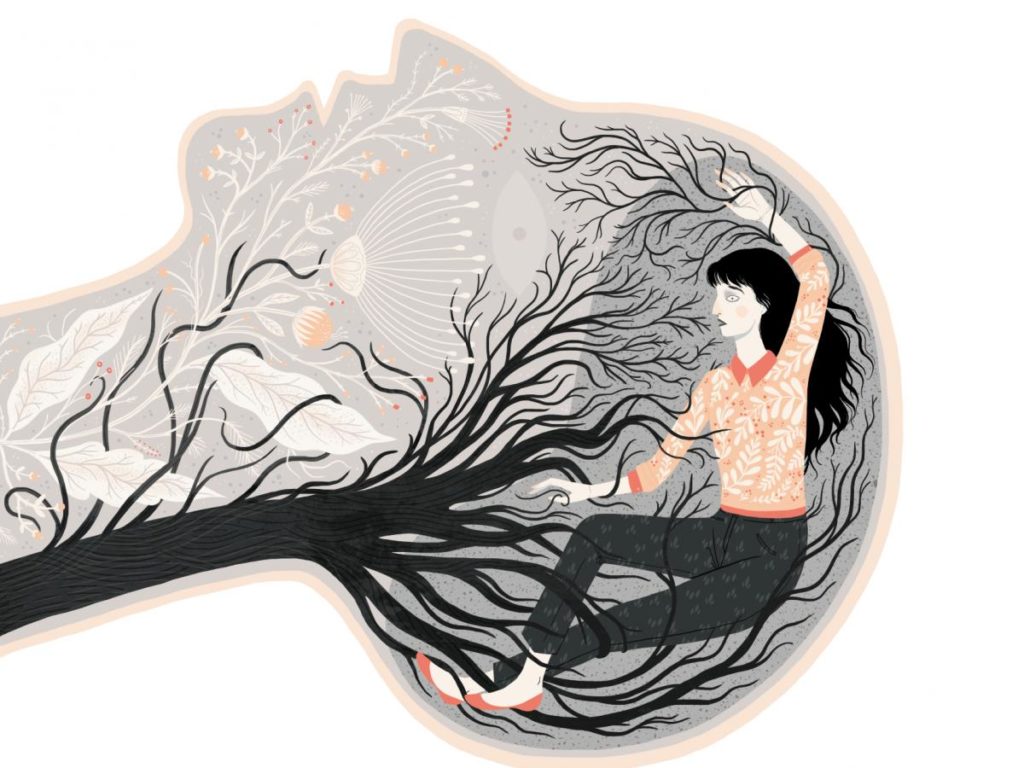 On New Year’s Eve 2007, when she was 33 years old, Christine Hyung-Oak Lee (BA ’95) suffered a stroke that turned her field of vision upside-down and left her unable to form a coherent sentence. She has just published a witty and sharply observant account of her life before and after that moment: Tell Me Everything You Don’t Remember: The Stroke That Changed My Life (HarperCollins).  The book has been hailed by Kirkus Reviews as “a fascinating exploration of personal identity from a writer whose body is, thankfully, ‘no longer at war.’” Below we offer an excerpt.

The clot was in the left chamber.

It swirled, stalled for a split second, then entered the ventricle of my heart through the bicuspid valve, swam, gushed out the aorta into the arterial jet stream, through the left subclavian artery, then the left vertebral artery and basilar artery, and finally the posterior cerebral artery—like a car taking a series of off-ramps, each one closer to the city center—until the clot was in the recesses of the brain.

The tiny clot, which is also called an embolus or a thrombus, then made its way through the brain, along smaller and smaller arteries—picture boulevards and avenues, then residential streets, and then alleyways that no one outside a neighborhood could know—setting off static and images in its dusty path. It floated along until there was nowhere farther for it to travel. Stuck in the hub of the brain, it choked off oxy- gen from reaching the left thalamus. It was short-circuiting memory. It was splicing memory. It was killing the brain. The clot was stuck in time.

Dresden was in ruins.

Like Dory the Fish in Finding Nemo, I remembered little. But unlike Dory, I wrote all my thoughts and experiences— everything that happened—in my Moleskine. I detailed doctor visits to my room—what was said, and at what time they occurred, the activities undertaken.

I would have forgotten all of this otherwise. The nurses called me Forty-Seven, the last two digits of my room number in the DCU. I only know this detail now from reading my journal.

From my journals, I know that an assigned hospitalist, a neuropsychiatrist, a neurologist, and an occupational therapist visited me on a daily basis. This is how I know:

— we talked about going to therapy
— we walked around the hospital to the gift shop, and bought things, like a teddy bear, birthday card, and People magazine. Then tried to remember what I’d bought, later.

TODAY: echocardiogram of my heart, results normal Then I was on some sort of steroid

Waiting on results of MRA

— am trying to get ahold of Mom and Dad
— am so freaked out and discouraged by the gaps in my memory—they seem so tremendous.
— at the moment, I’m excited about getting to shower!

Mom and Dad called back. Tried to calm them down.

Now I am on heparin, with an IV. It’s a blood thinner.

These notes to myself were the way I navigated my daily life. A reference guide. The shortcomings of my brain were bolstered by my journal.

There are things I have never remembered. Things I didn’t write down. Gone. And even when I wrote things down, I still do not remember. I do not remember the teddy bear, birthday card, and People magazine at all, years later. Do I still have the teddy bear? Whose birthday? And did the therapist pay for those items? Or did I? Did anyone? Did we give them back? It could very well have been another person who wrote those notes down, save for the fact that it was in my own handwriting.

I don’t remember having called my mother and father while in the hospital. I thought it had taken me weeks to get ahold of them. But my notes tell me otherwise—that I had indeed called them immediately after my diagnosis. That I talked to them the day after going to the hospital.

And yet there are things that I did and do remember. The name of my neurologist, Dr. Brad Volpi. And the toilet in my room. It swung out from beneath the sink. And then after using it, I would close the cabinet door and the toilet would then swing back into its dark space. The toilet delighted me, and because I was delighted, I remember the toilet.

How breakable. How invented. How lost.

Things can be forgotten and life will still go on. What is remembered may not be critical. What is forgotten may be of significance. Time is dependent on memory. Time is unreliable.

But my memory book would change me, forever. Writing was my way toward to my new self. My deficit forced me to write every single day; it forced me to construct legible words and sentences. And I can’t help but think that describing my life also began to stir my imagination from deep within. Somewhere inside, things were happening—not just in my brain but in my mind, in my heart.

Later on, in recovery, I wrote down my feelings and thoughts in addition to the facts. My diary became, like a differential diagnosis procedure, a part of my eventual writing process—all the documented facts became a story. I pieced it all together into narrative. I had to recover to do so. I depended on my own experience and knowledge to cobble together themes and lessons and scenes and episodes into an essay, into this book. And in this way I truly became a writer.

Christine Hyung-Oak Lee also has a novel, Golem of Seoul, forthcoming from HarperCollins in 2018. She can be followed @xtinehlee on Twitter or through her Facebook page.

For those in the East Bay: Christine will be at Diesel Books in Oakland this Wednesday, February 15th for a reading and publication party for her new book.  This event is free and open to the public.